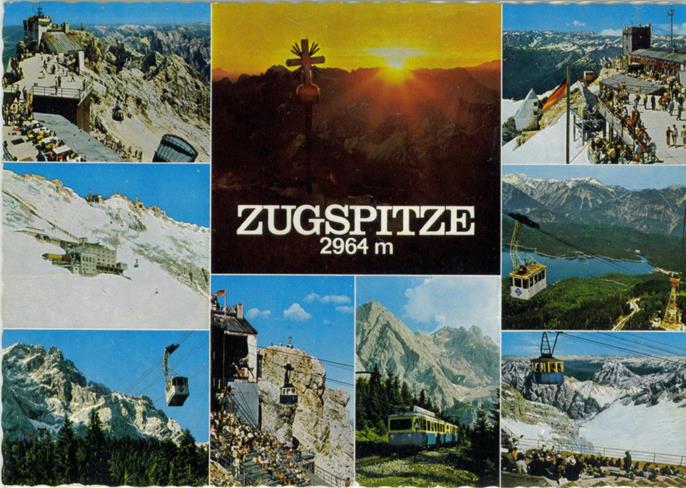 This post card reflects the Zugspitze as it was when I visited in the 1970s.

The Zugspitze is the highest mountain in Germany. The peak sits at 2,962 m (9,718 ft) above sea level. It lies south of the town of Garmisch-Partenkirchen, and the border between Germany and Austria runs over its western summit. You can stand near the peak with one foot in each country. Everything about the Zugspitze is amazing. There is a plateau with several glaciers south of the peak that is perfect for skiing most of the year. My family was blessed to ski the Zugspitze several times in the seventies. 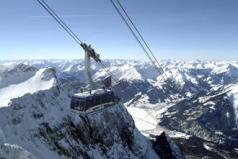 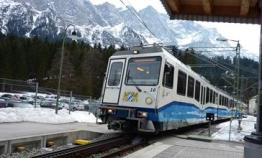 In the early 1980s the cog train route was changed so that it now goes directly on to the plateau where the skiers ski but when we skied the Zugspitze in the 1970s both the cog train and primary cable lift loaded and unloaded in a station near the peak. Skiers then took smaller lifts down to the ski area on the plateau. The plateau and the other surrounding peaks formed a bowl in which several thousand skiers could ski on glaciers when there was no snow on the hills below. When the sun was shining the Zugspitze was a beautiful place to visit but when the weather turned bad it could quickly become a forbidden and desolate place.

One day we were skiing in beautiful sunshiny weather when a little gray cloud appeared right at the peak of the mountain and begin to grow. Within fifteen minutes it covered the entire bowl and temperatures dropped dramatically. Then it began to rain, not snow or sleet, it rained and it rained hard. This rain would have of course frozen long before it reached the tree line but we were way above the tree line only a few feet from the highest point in Germany. The rain would hit your ski suit, run two or three inches, and freeze into a sheet of ice. Every time you moved large sheets of ice broke off your clothes and fell on the ground around you. It was a very strange and scary situation.

The people running the mountain immediately began an emergency evacuation. We all followed instructions and rushed to get in line for the lifts up to the main complex where you could catch the cog trains and primary lifts off the mountain. At this point many people started to become alarmed. The lifts to the top were small and could only carry about 10 people at a time. It was immediately apparent that it was going to take at least a couple of hours to evacuate the mountain. There were only a handful of small wooden structures in the bowl itself and there was only one way out and that was to wait your turn for the lift.

My father, brother and I carefully assessed this very dangerous situation and made a decision, we kept skiing. That’s right; with all those wimpy people standing in line the ski lifts were wide open. The T-bar lifts were eventually so coated with ice they would not stay behind you but since we were the only people skiing we road them as singles by just hooking both arms over the bar. For the next two hours we skied our butts off until we were physically exhausted. I remember I fell and I was so tired I just laid there for a few minutes. A U.S. Army ski patrol guy came along clearing the mountain and said the lines were getting down and we had to go.

Other than people who worked there we were some of the last people off the mountain. Workers were cramming as many people on each lift as they could and as we loaded the small lift up to the station I was crushed into the corner. I was nauseous and I think I probably passed out then but we were packed in so tight that there was no way for me to fall. A lady that was pressed against me asked if I was okay and then cracked a small window for me to get some air. I was feeling better before we got to the top but I still couldn’t wait to get out of that car.

When the door open and a blast of cold air came in I thought I’m going to be okay. Now in between the cable car and the station there is a grilled steel floor that is porous and you can see straight down to the mountain below. This is they are so the snow kicked off of peoples boats will not build up and become a safety hazard. The grill is also designed in a way that will keep it from being slick. I had never really paid a lot of attention to this grilled floor before that day but as we began to get off the left the last thing I remember was this grilled floor moving toward my face.

When I woke up I was lying on a bench with people trying to ask me questions in German. They had taken a lot of my clothes off and there was a man with my feet against his belly trying to warm my feet. I was told later that these people were members of the German mountain team. Then one of them offered me a cup and motioned for me to drink it. I’m not sure what was in that cup but I am pretty sure that two or three cups of whatever it was would make you intoxicated. I don’t know if I passed out again, fell asleep or what but the next thing I knew I was in an infirmary or medic station of some kind. I was on an army style stretcher and wrapped in an army blanket. Several young American soldiers were taking care of me. They picked me up and put the stretcher on the cog train for the ride down and encourage me to go back to sleep.

One of the soldiers was a cute young female and just a few years older than me. I talked to her on the train ride down. My mom teased me later in the car that she knew I was going to be okay when I started trying to fix my hair and talk to that girl. When we got to the train station we all got a lecture from the head of the ski team about the dangers of hypothermia and how easy it can be to freeze to death. I still had the Army blanket wrapped around me and I started to give it back to them but all my clothes were wet and they insisted I keep it. I still have that blanket and I plan to keep it as long as it makes me smile when I pick it up. 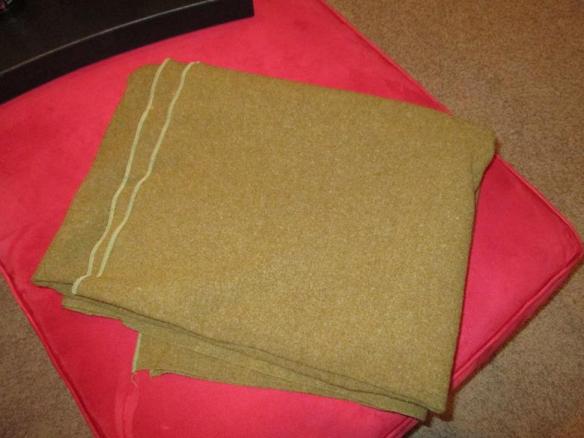