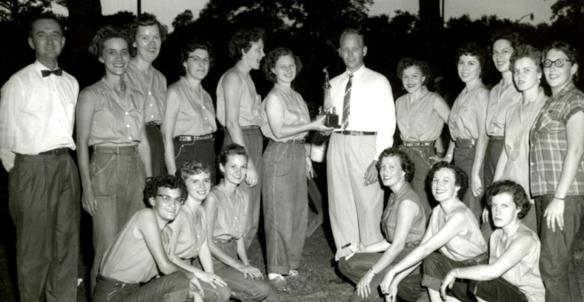 In this photo Olga Baker, Armand, Griffith, is holding the trophy for winning the Houston Women’s City Softball League Championship. Olga Griffith was my maternal grandmother. Of course I didn’t know her when she was a young woman winning softball championships. I am told she was also very athletic and a strong leader. She was also a great dancer. I think we all wish we had been able to know our parents and grandparents when they were young. It was only after my grandmother had passed that I came across this picture and it is now one of my favorites. When I found this picture my youngest daughter, Kristina was a senior in high school. Kristina was a pitcher and star player on her school’s softball team. My oldest, Melissa, had likewise played and been a leader and star a few years before. In flipping through old photos the past few weeks I kept coming back to this one. It does not lend itself to any particular spiritual lesson or words of wisdom but it just makes me smile. I was not sure at first why I liked this picture so much but then it occurred to me that while I will never see my grandmother play softball maybe I did see a reflection of her years later when my two daughters took the field. I certainly see a reflection of her in both of them in so many ways other than playing softball. She was smart, independent and very strong as are her great-granddaughters. None of us like all the same things our parents and grandparents do but it amazes me how often our personalities reflect our ancestors. I think I may have to share a few more of these reflections in the coming weeks. 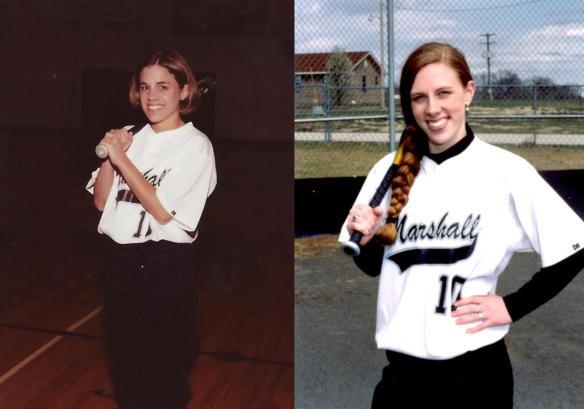